Testimonies, Tributes and Poems to relatives and friends killed in a road crash can, besides being published and printed, be placed on the internet as an internet memorial.

Several websites, especially those of road victim organizations, offer the facility to create a memorial to bereaved people. It is envisaged that the World Day website will be able to offer such a facility in future.

RoadPeace offers an internet memorial site at www.remembermememorials.org  This site has been provided to remember those who have lost their lives because of a road crash.

Our hope is that this site provides individuals, families and communities opportunities for remembrance that hold personal and collective meaning….Taken as a whole the site becomes a public communication of the impact a road death has on individuals and society as a whole.

Two memorials on their internet site, as examples:

Barry loved life. He enjoyed the outdoors. A tall, healthy man with a wonderful sense of humour, Barry was a caring man, kind, gentle and strong. He loved to travel and dreamt of seeing the world. Barry loved walking and painting and sketching in forests. He was admired for his integrity and high regard for safety. Barry was killed in the prime of his life just when so many dreams were within reach.

Barry Needham – 14/3/60 – 28/2/01 Barry Needham was killed February 28th 2001 in the Selby Rail crash at Great Heck, which was caused by a sleep-deprived driver. Barry’s wife Margitta writes: My husband Barry Needham was a man who touched the hearts of many both young and old. The warmth of his generous smile would spread to his sparkling blue eyes. People told me that they could feel his eyes before actually looking at his face. Barry loved to laugh and often saw the funny side of things. He loved music. When he found enough time he liked to relax while sketching. This was mostly on holiday. Barry loved forests and we often went walking in the Black forest. He sketched for his own pleasure and because I loved his sketches he was always surprised when anyone else admired his work, surprised but very pleased. Barry was in the best of health. We had been saving for a house and therefore did not have a car. Barry said as soon as we move to our new house we would get a car. Barry never got his car and never spent even one day in his new house. We lived about four and a half miles outside York. Barry walked to the railway station each morning when he had an early shift. He got up at 4am and left at 5am. There were no buses at that hour. He then took the train to Doncaster where he worked at EWS. I used to tease Barry saying that he had such long legs so he could walk quickly. On the day of the tragedy it should have been his day off at work, but typical of Barry he went in to help out colleagues. Barry was a man who was so caring, considerate and protective of others; he was killed by a man who showed no respect for life. Barry’s birthday was on March 14th. A few days before the tragedy, I asked Barry what he would like for his birthday, he said “Just for us to be together”. One mans dangerous driving meant that Barry would be in his grave by the time his birthday came. His funeral was the day before. I remember Barry as a very giving man. I am grateful for every minute we had together. I am also painfully aware that we were robbed of many more wonderful years. Barry’s colleagues at work thought so highly of him that they have named a golf match after him. They have also named a locomotive after Barry. It has a sign saying “EWS coal train controller tragically killed at Great Heck February 28th 2001”. A true Railway man admired for his high regard for safety and his integrity and good humour. Barry worked for the railways, but he had many dreams. When he was younger he dreamt of working as a Canadian Mounty. Barry loved Canada; to live in the mountains and forests was his dream. He had so many dreams. He also drew cartoon characters. He would have liked that as a profession. He was so eager to continue learning. He studied computers and computer repair. He learned French in order to speak with our nieces in France. Barry also passed an exam in German. He wanted to be able to talk to the people we met on holiday. Barry learned quickly. I was surprised how he coped with the language in Spain after only having had a few lessons. I would describe Barry as eager to enjoy life. He took things in his stride and always optimistic. As a child Barry loved to get several small presents for Christmas instead of one big one. This was so true of Barry. He appreciated small things and took pleasure in them. It did not need to be something outstanding or fantastic. He saw the beauty in things that others may have overlooked or not noticed. I used to work in tourism, taking foreign visitors to Scotland in the summer. These were coach tours of up to 7 days long. When I returned Barry treated the day as a celebration. He had flowers, cards, and the food I liked. It was worth going away to be able to return to such a reception. Now I return to an empty house. There are so many people who miss Barry. He was a wonderful brother to Keith. He was such a loving son to his mother Dorothy. He would see his mother as often as possible. He always showed up with little surprises for her. Flowers, fruit or magazines. Barry was very attentive to the things people liked. When my mother visited us she talked about a perfume she once had, it was based on the flower Lilly of the valley. That night she found the perfume under her pillow. Barry was the most generous person I have ever known. He gave so freely of himself and was the most wonderful husband that anyone could ever had. The love that comes from my memories of Barry is eternal. Margitta

This memorial was created by Barry Needham’s Wife

Barry Needham, born 14th March 1960, became a victim of a crash on 28th February 2001. The place where it happened was Great Heck near Selby in Yorkshire. 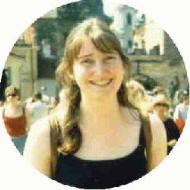 Our beautiful, 24 year old daughter was tragically killed by a speeding motorist as she drove home from her work on 16th March 1999. Beccy was a lively, happy person who was very popular – so many people told us she was their ‘best’ friend. All those years of growing up, school, university, were complete and Beccy had developed into a woman. In the last year of her life she had moved in with her boyfriend Mark and started her career as a teacher. She was an excellent teacher who we were told had a real rapport with the children. Beccy was a friend and soul mate to her mother, they were so alike and in tune in many ways. Beccy was on her way to meet her friend Jo to go to Aqua-robics when she was killed. We miss her terribly. Her life was ended; the lives of all those who knew and loved her have been blighted for ever; but her killer paid a £600 fine and was banned from driving for six months. Our lifelong tragedy is his temporary inconvenience.

This memorial was created by Beccy Antell’s parents.