“Life is not a car part” 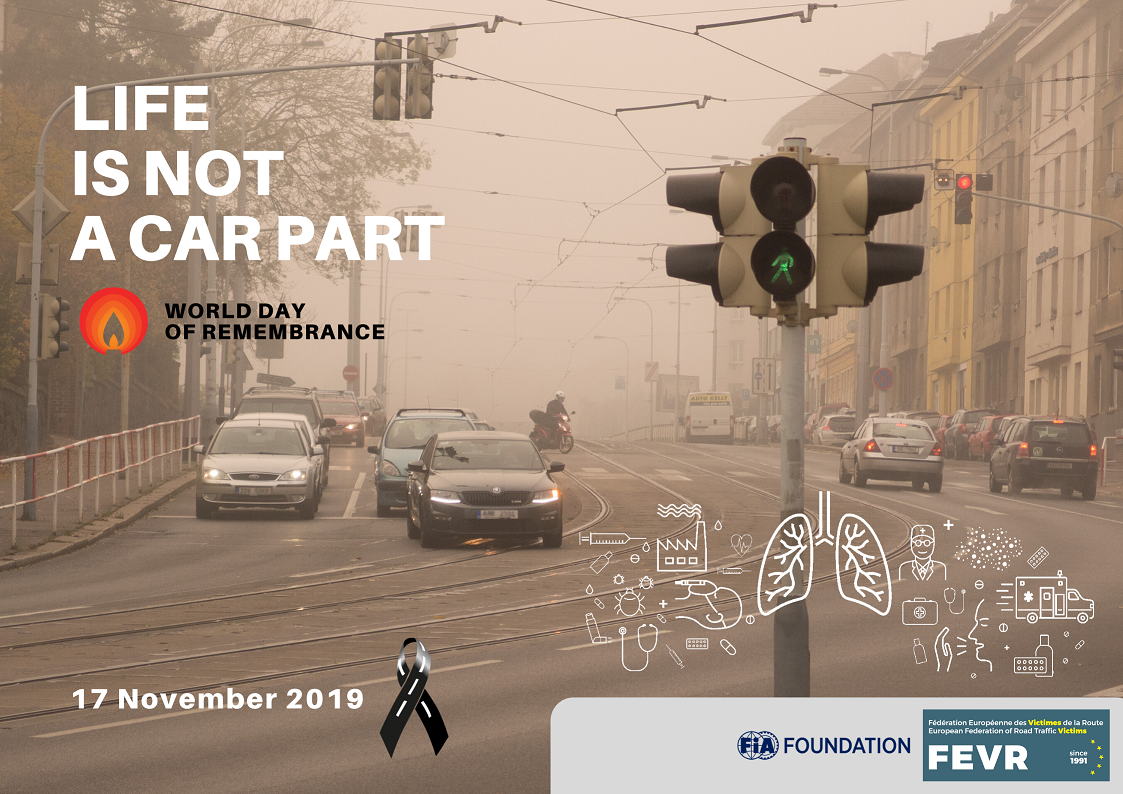 This theme is based on Pillar 3 of the Global Plan for the Decade of Action for Road Safety – Safer vehicles.

Notwithstanding global efforts to the contrary, the type of road mobility that is in place throughout the world still fosters an unbearable number of deaths, serious injuries and illnesses every year, both as the immediate consequence of road traffic crashes and through air pollution. 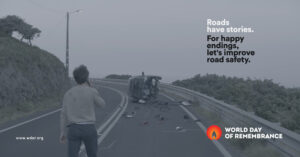 This theme is based on Pillar 2 of the Global Plan for the Decade of Action for Road Safety – Safer roads and mobility.

The aim is to raise the safety and quality of road networks for the benefit of all road users, especially the most vulnerable, through infrastructure assessments and improved planning, design, construction and operation of roads.

This theme is based on Pillar 1 of the Global Plan for the Decade of Action – Road Safety Management.

One of the five indicators for which information is being collected under Pillar 1 is the “No of countries with time-based road safety targets….

…targets provide a means to monitor the extent of progress …and… monitoring of progress is vital in achieving the ultimate goal of the Decade – reducing the forecasted number of road traffic deaths and injuries globally by 2020.”

The 50% target for both deaths and serious injuries (the latter had mostly been ignored until now) has been chosen because this target is part of the Sustainable Development Goal adopted by the UN General Assembly:

This theme relates to the call in Pillar 5 of the Global Plan for the Decade of Action for much needed improvements in the post-crash response.

Proposed actions relate to the immediate time after a crash – to save lives and reduce severity of impact:

develop hospital trauma care systems and good practices and quality assurance on trauma care systems, provide early rehabilitation and support to the injured and bereaved to minimize both physical and psychological trauma (and insurance schemes to fund these),

as well as to the all-important issue of crash cause and response to it:

encourage a thorough investigation into the crash and the application of an effective legal response to road deaths and injuries…and therefore fair settlements and justice for the bereaved and injured.

Further proposed actions are: to encourage research and development into improving the post crash response and to provide incentives for employers to employ people with disabilities.

In the past there wasn’t always a World Day theme, but some organizations used themes connected with their work or a message they wanted to communicate. 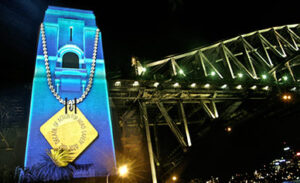 In 2011, to bring to everyone’s attention the Decade of Action for Road Safety (launched in May 2011) and call for meaningful actions to mark the World Day, the following motto was agreed in agreement with the World Health Organization for the entire decade:

Additionally, coordinated by FEVR, a specific theme based on the 5 Pillars of the Global Plan for the Decade of Action is proposed and agreed with WHO, UNRSC and the Global NGO Alliance – each year’s theme highlighting actions under one of the Pillars.

The theme is reflected in the World Day poster and video, produced and shared globally via the World Day website by its website team.

It is therefore expected that each World Day theme will receive worldwide publicity, thereby strengthening support for the World Day, for road crash victims, for road victim families, for emergency personnel, and for worldwide joint actions during the ‘Decade of Action‘. 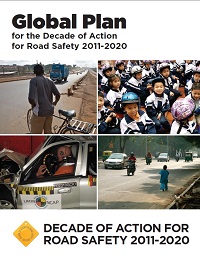