The World Day of Remembrance for Road Traffic Victims (WDR) is commemorated on the third Sunday of November each year – to remember the many millions killed and injured on the world’s roads, together with their families, friends and many others who are also affected. It is also a Day on which we thank the emergency services and reflect on the tremendous burden and cost of this daily continuing disaster to families, communities and countries, and on ways to halt it.

Road deaths and injuries are sudden, violent, traumatic events. Their impact is long-lasting, often permanent. Each year, millions of newly injured and bereaved people from every corner of the world are added to the countless millions who already suffer. The cumulative toll is truly tremendous.

The grief and distress experienced by this huge number of people is all the greater because many of the victims are young, because many of the crashes could and should have been prevented and because governments’ and society’s response to road death and injury and to bereaved and injured victims is often inadequate, unsympathetic, and inappropriate to a loss of life or quality of life.

This special Remembrance Day is therefore intended to respond to the great need of road crash victims for public recognition of their loss and suffering. It has also become an important tool for governments and those who work to prevent crashes or respond to the aftermath, since it offers the opportunity to demonstrate the enormous scale and impact of road deaths and injuries and the urgent need for action.

Many varied commemorative events are held on each World Day, or on the days before or after.

The World Day has a long history:

Now the World Day is commemorated across all continents – not only by NGOs advocating for road safety and road victims, but also by governments and all related and relevant stakeholders: the World Day website has had some 110,000 visits from 204 countries since the World Day of 2014 and recorded over 80 events from 40 countries in both 2014 and 2015, going up to 100 events in 2016 and 2017.

The following Twitter and Facebook links under #WDoR2017 show the huge number of events held throughout the world:

Information of Events that commemorated the World Day in 2017  can also be accessed on the World Day website, including via our News page.

Report by the London School of Hygiene & Tropical Medicine on the great numbers of UK citizens who are bereaved by a road death during their lifetime, 2011 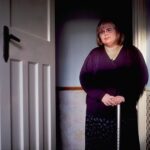 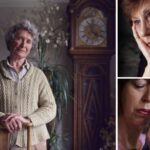 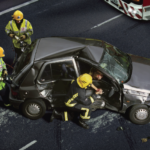