World Day 2017 Message from Dr Etienne Krug, WHO and UNRSC

To mark World Day 2017, iRAP (the International Road Assessment Programme) has released a video based on this song and with crash images and photographs of many victims:

One by One Lyrics

One by One Video

Please do not forget to send information about your events via our SUBMISSION FORM,

so that they can be added to our list and then entered onto the Events 2017 website page. 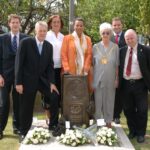 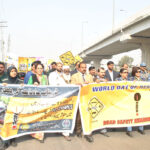 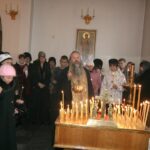 Posters in your language

Please find this year’s poster in 10 languages on our REQUEST PAGE, as well as a blank poster if your language is not among them. 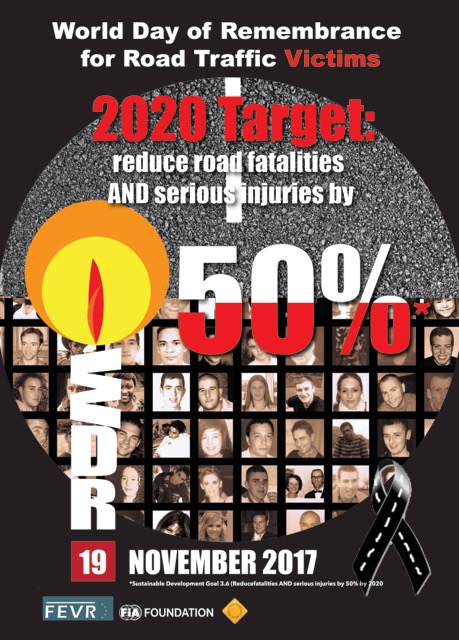 Dear Friends and Colleagues – may the events you held on World Day contribute to the success of your work towards reducing the huge toll of unnecessary road deaths and injuries and of making the roads and streets of your countries safer for all road users!

Many thanks for contributing to the World Day of Remembrance becoming an ever more powerful trigger for worldwide reflection and action!

The WDR Team received this year 99 #WDR2016 Poster requests from organizers of events throughout the world,

we therefore produced 99 posters in their languages and with the logos of their NGOs, Institutions, Government Departments and Companies.

We also received around 98 #WDR2016 Events and are still receiving new ones every day.

They are being published on the WDR Events page:  worlddayofremembrance.org/archives-years

Thanks to the use of #WDR2016 with the posts, as requested by us.

Further data of interest from the World Day website’s Statistics:

*  the website had visits from 201 countries (officially there are only 196 countries in the world!)

WHO Publication for World Day:

This year’s World Day theme “Vital post-crash actions: Medical Care, Investigation, Justice!” highlights the key actions listed under Pillar 5 of the Global Plan for the Decade of Action for Road Safety, which the WHO publication is based on.

Conclusion of the publication:

“Survivors and families affected by road traffic crashes have a range of physical, psychological and legal needs. An effective post-crash response integrates injury care, mental health services, legal support, and legislation with systematic collection of data on crashes and injuries. The goal of Pillar 5 is to reduce the impact of road traffic crashes, to ensure appropriate legal process, and to facilitate recovery of those affected.”

The United Nations marks the World Day of Remembrance for Road Traffic Victims in 2016 with a half-hour Documentary: “Road Safety – Global Killer”, filmed mainly in the USA and South Africa:

We focus on under-reported stories from around the world, told through the personal experiences of those affected. Featuring balanced reporting and, often unique access, this award-winning series covers issues from human rights to climate change; from combatting terrorism to the global migration issue; from health to development.

In this episode of 21st Century, we focus on a global epidemic: each year, one and a quarter million people die on the world’s roads. We know how to bring the numbers down, but will we do it?”

FEVR (European Federation of Road Traffic Victims) – the Creator of the World Day of Remembrance – celebrated their 25th anniversary on 6th July 2016 with a ceremony in Brussels. The World Day of Remembrance was mentioned in speeches and messages, together with the fact that last year marked 20 years of global observance and 10 years since this Day was recognized by the United Nations. 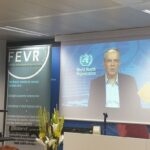 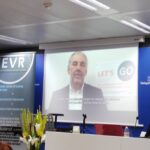 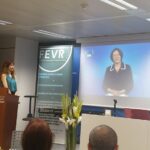 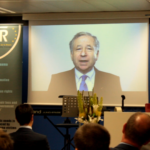 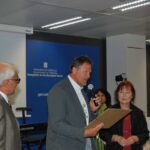 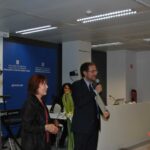 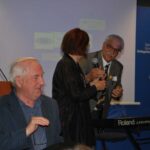 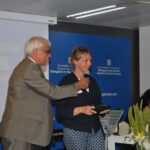 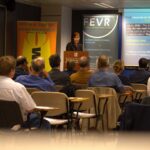 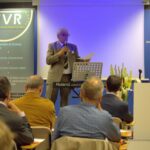 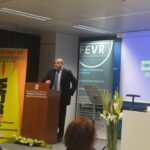 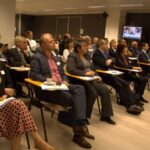 FEVR‘s Former President Brigitte Chaudhry MBE & FEVR‘s President Jeannot Mersch were presented on 15th November 2015 in Brasilia with the ‘Prince Michael of Kent International Road Safety Award‘ for FEVR’s “pivotal part in the creation, development and promotion of the World Day of Remembrance for Road Traffic Victims over the past two decades”

and wearing armbands in memory of Victims of Terrorism, as they hold a minute of silence. 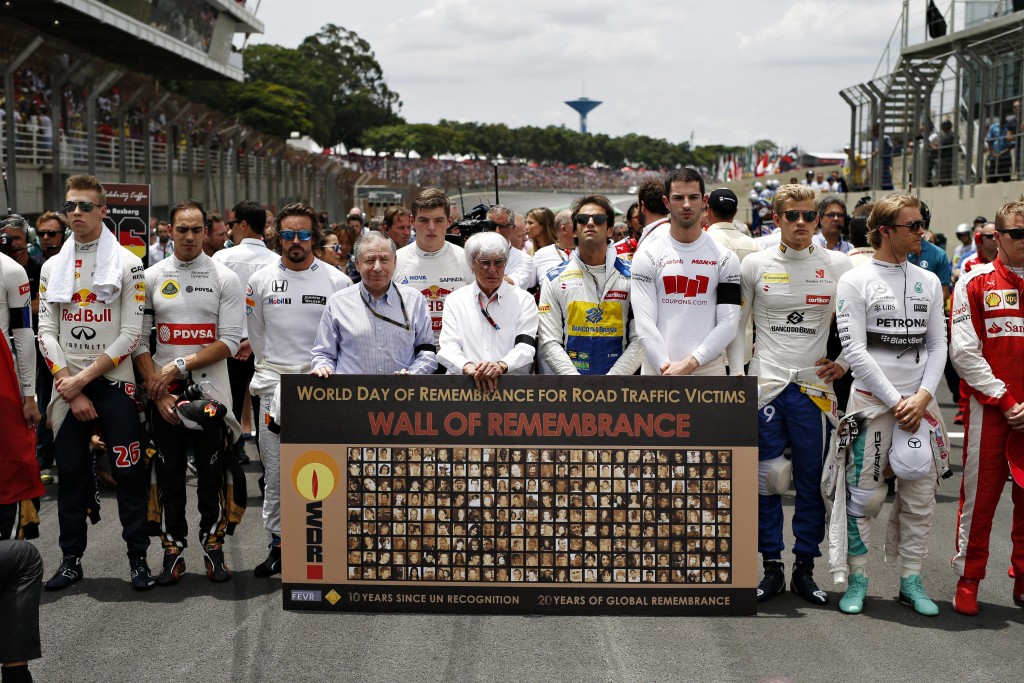 2nd Global High-Level Conference on Road Safety is held in Brasilia, Brazil, from 18-19 November 2015 – only three days after our World Day.

The most recent link to the conference programme:

The Government of Brazil, with support from the World Health Organization (WHO), is holding the 2nd Global High-Level Conference on Road Safety the aim of which is to “review progress in implementing the Global Plan for the Decade of Action for Road Safety 2011-2020 and define next steps.”

This conference will be attended by key stakeholders and by the Ministers of Health, Transport and Interior and address the fact that the number of road traffic deaths still remains unacceptably high. It will be held 3 days after the World Day of Remembrance 2015, the Day which highlights the global scale of road deaths and injuries and the devastating impact on individuals, communities and countries.

Representatives of the European Federation of Road Traffic Victims (FEVR) and the Global NGO Alliance (GA), who will be in Brasilia for this conference, have offered to assist the conference organizers “in any meaningful way” in their preparations for the World Day of Remembrance 2015.

It is important to know that Brazil has observed the World Day since 2008, erecting in 2010 a memorial to road traffic victims in the city of Curitiba and in the same year officially establishing the “Dia Estadual em Memoria das Vitimas de Acidentes de Trânsito” (State Day of Remembrance for Road Traffic Victims). All relevant Ministries – Health, Transport and Interior – are involved in the organization and promotion of World Day events in Brazil.

It is hoped that the conference, held so close to the World Day, will include a prominent mention of this very relevant global event and its potential of helping to achieve the goals of the Decade of Action for Road Safety.